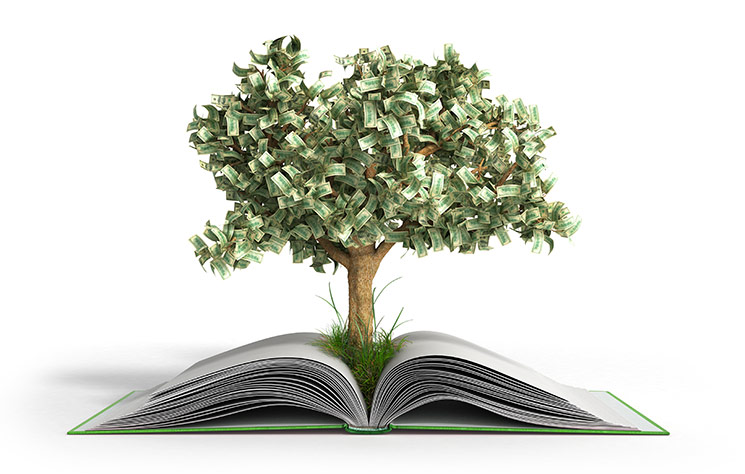 During a single term as governor of Colorado, Bill Ritter made spectacular progress on renewable energy issues. On assuming office in 2007, he reinvigorated the Governor’s Energy Office, a cabinet-level agency that helped to pass 57 renewable energy bills through the state legislature. By 2009, Colorado boasted some 1,500 renewable energy companies, including three Vestas wind turbine factories and three photovoltaic (PV) module factories — Ascent Solar, Abound Solar and GE/PrimeStar Solar. By the close of 2010, the state ranked third, after California and New Jersey, in grid-connected PV, and its large public utilities were well on the way to meeting a 30 percent renewable electricity standard.

Ritter has a Spencer Tracy air about him. The geniality could mask a tough district attorney. That’s in fact what he was, before running for governor.

August William Ritter, now 56, grew up on a wheat farm east of Denver. The sixth of 12 kids, he attended Catholic schools, and spent his first two years of high school on a scholarship at St. Anthony’s Seminary in San Antonio, Texas. When his father left the family, Ritter was 13; thereafter, he and his brothers worked, mostly in construction (though he found time to captain the football team at Gateway High School). He saved money for college, took out student loans and enrolled at Colorado State University (CSU) in Fort Collins. During law school at the University of Colorado, he interned with the Denver District Attorney’s Office, and that’s where he worked, as deputy district attorney, after graduating in 1981. Before turning 30, Ritter tried and won a couple of high-profile murder and attempted-murder cases, and also earned a reputation for defending victims’ rights.
In 1983 Ritter married his high-school girlfriend, Jeannie, and they had the first of four children. Then, in 1986, motivated by his Catholic faith, he quit his job and the family moved to famine-struck Zambia to do missionary work. For three years, the couple ran a food distribution center, taught farming techniques and health education — and buried a lot of famine and AIDS victims.

Returning to Denver, Ritter worked for the U.S. Attorney’s Office. In 1993, he was named Denver’s district attorney. He established one of America’s first drug courts and aggressively prosecuted sexual abuse, domestic violence and crimes against senior citizens.

Colorado, with its history of mining, was an energy exporter, a coal-and-oil-and-gas state. It was also home to the National Renewable Energy Laboratory and the National Center for Atmospheric Research. Energy issues were always in the news, in ways not seen in other states. Colorado claims 300 sunny days per year, and more than its share of wind. The public knew it, and in 2004 went over the heads of its own legislature to pass Amendment 37, a 10 percent renewable electricity standard.

“Amendment 37 was a statement by the voters that they had a particular connection to the land,” Ritter said. “They love farming, hunting, fishing and skiing. The truth is, if you put that standard on the ballot in any mountain state, it would pass easily.”

And so, he said, “I had this inchoate sense of the importance of clean energy to public health and the climate. When I ran for governor, I made a promise, that we as a state could take full advantage of clean and renewable energy sources, and efficiency, for both environmental and economic benefit.”

There was pushback. “There’s this story that you can’t have clean energy and job growth,” Ritter said. “Colorado proved that wrong. It’s important to understand that it’s a political world. You need to get in there and fight. When you poll people in Wyoming and Montana about their choices for electricity generation, the sun is number one. Coal is last. We need to make that connection back to elected officials and make it have political consequences. Clean energy means business. A lot of businesses are dedicated to retrofits and insulation, smart meters and transmission. In Ohio, it was the business community that tamed [Gov. John] Kasich, when he tried to roll back the renewable energy incentives. We have wonderful environmental organizations but they have less clout than the business community.”

Today Ritter directs the Center for the New Energy Economy based at CSU. Over the past year, he has visited governors in 20 states to push conversion of coal plants to natural gas, along with a variety of other energy-efficiency initiatives. Delaware just launched its Sustainable Energy Utility, a market for renewable energy credits, to encourage distributed solar construction. Maryland just approved the merger of its two largest utility companies, and Ritter met with Gov. Martin O’Malley to explore ways of promoting clean energy into the deal. Wherever he goes, he talks up feed-in tariffs.

Ritter is hopeful that the polarization of energy issues will abate after the 2012 election. “Whether you believe in climate change or not, clean energy has national security implications and economic development opportunities,” he said. “The Energy Information Administration says we’re now below 50 percent in oil imports, and that’s good. Renewable sources have moved the needle.

“Cap and trade is dead for the near term, but I think eventually we will put a price on carbon emissions,” Ritter said. “Then what will we do with the revenue? It would be great to put carbon revenue into debt reduction, or into an infrastructure bank. We could structure it so natural gas pays zero and high-sulfur coal pays the highest rate.”

And he’s pleased about Colorado’s energy future. “We have a gigawatt of coal-burning power that will convert to natural gas by 2017,” he says. “We’re headed from 275 megawatts of wind to 2,000. Our wind industry still needs a production tax credit, and our solar businesses, after 1603 went away, have it tough. The factories still need help to compete with the Chinese. But in the long run the cost of transport evens them out against imported equipment.”