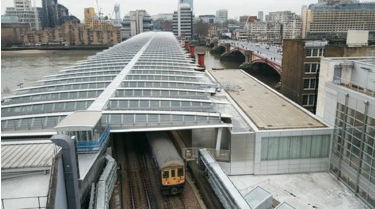 And—despite the strident political debate—this support bridges political divides. Another poll by The New York Times, Stanford University, and Resources for the Future (nyti.ms/1D67eX8) found that a majority (78%) of respondents favor federal government involvement in limiting greenhouse gas emissions as a climate change mitigation strategy, including most Republicans (60%) and even most Tea Party supporters (55%). When asked which mitigation strategies the government should employ, 80%—including 74% of Republicans and 64% of Tea Party supporters—favor installing more solar and wind.

Americans seem to be way ahead of their elected officials and we need to help our representatives catch up. Members of the Citizens’ Climate Lobby are doing just that with a policy proposal that could appeal to members of Congress on both sides of the aisle. John Schaefer explains the policy and the citizen-driven effort to educate Congress about it in “Market-Based Policy Offers Better Economy, More Employment”.

Much of the real action, however, is at the state and local level. Consider, for example, sunny Florida. As Mike Antheil tells us in “Going Solar in the Sunshine State,” the Florida solar industry has teamed up with ordinary Floridians to establish renewables-friendly policies and regulations.

In Iowa, citizens are also actively supporting local solar installations. In fact, as K Kaufmann explains in “Solar Success in Iowa”, a small (650-member) electric cooperative has become a national solar leader, thanks in large part to the vision and initiative of its general manager and local farmers and citizens.

Closer to home, we are delighted to welcome long-time solar advocate and clean energy expert Scott Sklar to SOLAR TODAY as a regular contributor. Check out his “Ask the Energy Expert” and his article on energy tax credits, “The Renewable Energy Tax Credit Roller Coaster,”.

In addition, Cindy Richards (re)joins the SOLAR TODAY team as art director with this issue. If you’re a long-term reader, you may remember Cindy’s work during her last stint at SOLAR TODAY more than a decade ago. Her work ethic, steady presence, and deft design skills will help us grow SOLAR TODAY and appeal to the broad audience we’re targeting.

As happy as we are to welcome Cindy, it’s hard to say goodbye to Allison Gray. Allison is the consummate professional and even manages to maintain her sense of humor through the pressures and stresses of working with an understaffed nonprofit. She is a pure pleasure to work with and we wish her every success in her new endeavors.

It’s heartening that solar is garnering broad public support, but accelerating the growth of renewables requires us to keep our facts straight and our minds open. Help us help you be an effective solar advocate.

When you speak to your neighbors, friends, relatives, and colleagues about energy, what questions come up? What information would help you explain the benefits of clean energy technologies simply and succinctly? Are you in touch with your members of Congress? If you are, what kind of feedback are you getting from them and their staffs?