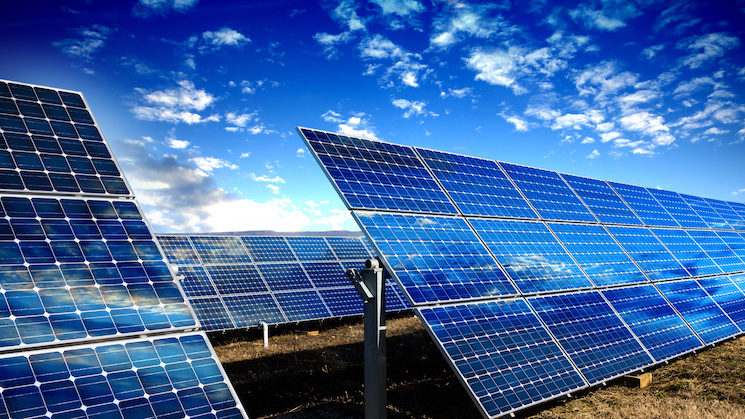 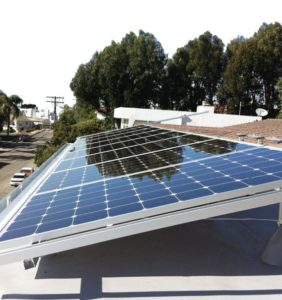 Bob and Monica Fortunato lived in a bungalow about three-quarters of a mile from the beach, in Hermosa Beach, Calif. Built in 1959, the place offered just 1,329 square feet (123 square meters) of space. When their son Carter was born, the couple wanted more space. The solution was to pop the top, adding a 700-square-foot (65-square-meter) upper story.

Neither Bob, a management consultant, nor Monica, an occupational therapist, had any engineering experience, but they were both artists and chose to design the renovation themselves. They created a high-efficiency passive solar home. To make way for a photovoltaic array, they finished the new roof first, covering it with a gray thermoplastic membrane. Then they brought in Mediterranean Solar to put up 26 240-watt SolarWorld modules, with Enphase micro- inverters. The system went live in January 2012, and helped to drive the power tools used in finishing out the interior.

The chief design problem with the solar array turned out to be the neighbors. The house sits on a steep hillside, and the neighbors uphill had long enjoyed an unobstructed view toward the ocean. A few years ago, the Fortunatos cut down some trees in their backyard when those trees grew into the view corridor. Now they figured out a way to keep the tops of the modules below the 25-foot (7.6-meter) local height limit.

The house is warmed by a pair of heat-pump water heaters; the two-car garage, excavated into the hillside, functions as a heat sink, keeping ground floor air at a steady 68°F (20°C). It’s cooled by a shade overhang and by a central staircase that functions as a thermal chimney.

When the electrical system was completed last June, the Fortunato house proved to be more than net-zero. It generated enough power to run the house and charge a couple of electric cars. The family now has a Mitsubishi i-MiEV and is shopping for a plug-in hybrid. After six months of solar operation, the couple had a $480 credit on their electric bill. For full details on the house, see greenideahouse.com.