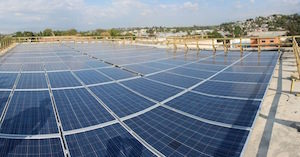 Editor’s note: Welcome to a new column from a long-time solar and clean energy expert. If you have a question for Scott, please send it to solarsklar@aol.com.

My state utility commission is considering my electric utility’s request to charge net-metered solar consumers a standby charge. Do you have any suggestions to beat that fee?

My first suggestion is to get involved with organizations that are advocating for “smart regulation” and not just preserving the status quo like the telecom companies tried to do in blocking cellular. Utilities have been pushing their state regulatory commissions to charge solar users a fee to cover possible costs to the electric utility of integrating solar generation into the grid. In fact, there are several recent studies that detail the benefits of solar and other renewable energy technologies for electric grid stability, electric power quality, electric rate stability, and increased electric power reliability.

The North Carolina Solar Center at North Carolina State University has released a report titled Rethinking Standby and Fixed Cost Charges: Regulatory and Rate Design Pathways to Deeper Solar Cost Reductions that out.lines a series of approaches utilities and their regulators can adopt that provide a “softer path” to rate design that does not delay solar grid parity. (bit.ly/1AMQT7u)

The Solar Electric Power Association also issued a report on the value of solar to the electric grid system—Ratemaking, Solar Value and Solar Net Energy Metering—A Primer. (bit.ly/1C3Is7f) They provide analysis “to better understand the specific costs and benefits of having small (but fast-growing) amounts of distributed solar on the system. For example, many utilities still have relatively little data on how costs of service vary in different parts of their (utility services) territories or under different operating conditions.”

A 2013 study by the National Renewable Energy Laboratory (NREL) (1.usa.gov/1u3Z2Qa) on the value of solar and wind on the western electric grid details the overall reductions in emissions that would result from higher levels of wind and solar electricity. The study finds that the high wind and solar scenarios (33% of electric generation) reduce carbon dioxide emissions by 29% to 34% across the Western Interconnection, which ranges from the western tip of Texas to California and up into the Canadian provinces of British Columbia and Alberta. Although sulfur dioxide emissions were higher than expected because of cycling, the study still found that over.all emissions were reduced by 14% to 24% in the scenarios with high amounts of wind and solar electricity. Nitrogen oxides (NOx) are reduced more than expected by cycling—16% to 22% in the high scenarios. “This is because the average coal plant in the West has a lower NOx emissions rate at partial output than at full output,” according to NREL.

Another option for avoiding standby charges is to use electric energy storage. In fact, in my Washington, DC, office, my Arlington, Virginia, office building, and my home, I do not net meter but rather use my solar and other renewable energy systems to charge battery banks that dedicate the power to critical circuits in all three buildings. Several U.S. municipalities have adopted this approach to keep critical infrastructure working indefinitely, such as cellular towers, pipeline pumps (water, sewage, fuels, etc.), railroad crossing gates, and signals, etc.

Scott Sklar is president of The Stella Group, Ltd., a strategic technology optimization and policy firm. He can be reached at solarsklar@aol.com