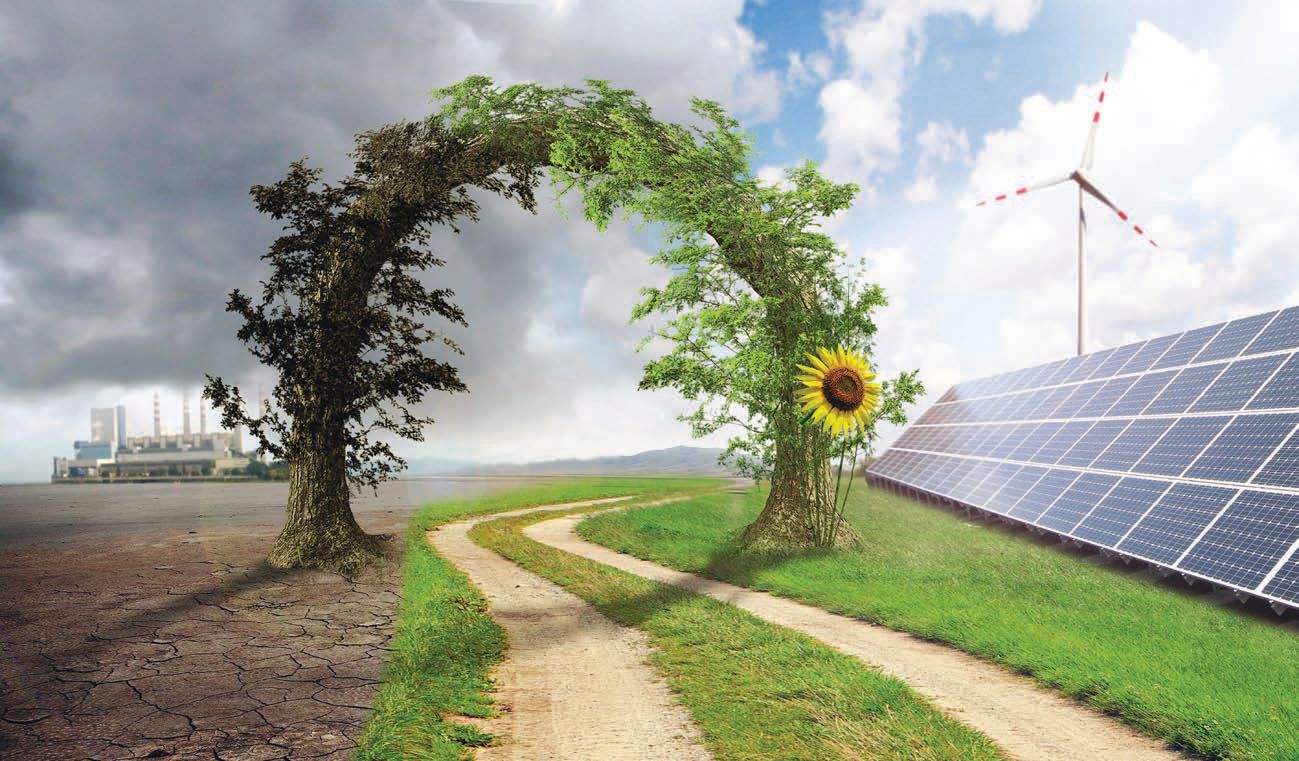 The mid-term election has resulted in Democrats fighting back against climate deniers.

Editors’ Note: ASES attempts to remain non-political, but in reporting facts, we find it difficult to not find fault with the current administration’s actions toward renewable energy and the environment.

I am breathing much easier since the midterm election knowing that the Resistance to a Fossil Fuel Economy is back to push a green economy forward and defend against the worst instincts of the federal administration.

Environmental travesties abound under this president. These are some of the most recent:

Then there are Trump’s nominees, always notable for their opposition to the mission of the agency they lead. Also notable, is that these distinctly unqualified people have been approved by the Republican majority in the Senate.

Climate denier and attorney who defended BP in Deepwater Horizon lawsuits, Jeff Clark, now heads the Justice Department’s Environment and Natural Resources Division. As the federal government’s prime environmental litigator, he’s supposed to protect the public from pollution, protect our public lands and wildlife. Instead, we can rely on him to let corporations off the hook.

Previously, he chaired the ultra-conservative Federalist Society’s environmental law group and represented the US Chamber of Commerce in their attempts to prove that government has no authority to regulate greenhouse gas emissions. At the Department of Energy’s Office of Energy Efficiency and Renewable Energy, Dan Simmons is in charge. He’s known for fighting against policies that promote renewable energy.

Meanwhile, at the National Oceanic and Atmospheric Administration (NOAA) — a world leader on climate research and ocean ecosystem conservation — Timothy Gallaudet wants to strip all that from its mission.

This is “shocking and foolhardy,” says Andrew Rosenberg at the Union of Concerned Scientists. “Understanding climate is becoming more critical by the day,” including research that forecasts impending extreme events, critical for protecting American lives and infrastructure, he says. And removing conservation would nullify decades of progress on protecting fisheries, whales and endangered species.

It’s no surprise then that scientists are having difficulty doing their jobs because of political interference, staff reductions and lack of qualified leadership, according to a Union of Concerned Scientists survey, “Science Under Trump.” Not only is the scientific workforce getting smaller through retirements, buyouts and hiring freezes, but their work is often edited or blocked, including communications with the public. House of Representatives, States Provide Firewall

After living through “the most anti-environmental House of Representatives in our nation’s history,” according to Tiernan Sittenfeld, senior vice president of the League of Conservation Voters, many climate deniers were replaced with Democrats who will put climate back on the agenda. No longer will the House Science Committee be led by someone who doesn’t believe in science! And eight scientists ran for the House and won.

In the states, since Democrats took over Governorships in New Jersey and North Carolina, both quickly increased support for renewable energy and efficiency.

North Carolina’s governor, via executive order, committed the state to reducing emissions 40% by 2025, urging the state’s Commerce Department to “support expansion of clean energy businesses and service providers, clean technology investment, and companies with a commitment to procuring renewable energy.”

Janet Mills, Governor-elect of Maine, said “I believe that by 2050 we can transition to a healthy and prosperous economy relying virtually entirely on renewable energy. That’s my goal… What we’ve been missing is a leader willing and ready to take advantage of those opportunities.”

J.B. Pritzker, Governor-elect of Illinois said, “As governor, I will bring all stakeholders to the table to put Illinois on a path toward 100% clean, renewable energy and make sure that every community justly benefits during this transition.”

In Nevada, voters approved a ballot measure to increase renewables to 50 percent by 2030. Governor-elect Steve Sisolak said, “I fully support the ballot proposal and I’d like to get us on the road to 100%.”

Thankfully, we’re on the road again!

Rona Fried, Ph.D., is President of SustainableBusiness.com, a thought leader on green business known for its daily news and Green Dream Jobs service since 1996.