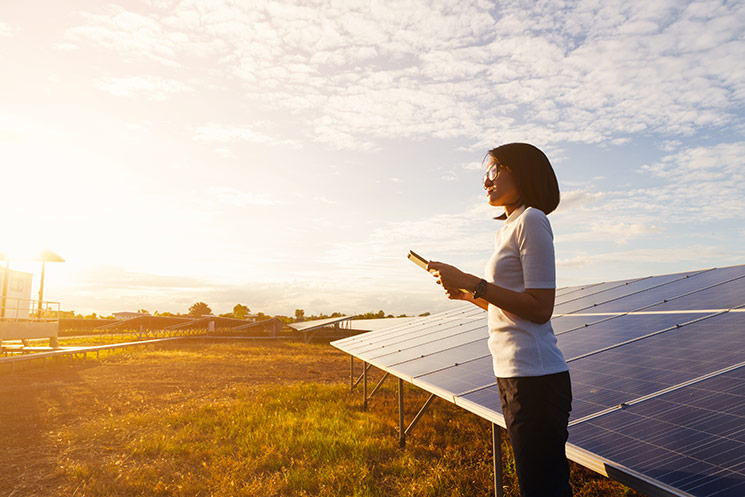 WASHINGTON, DC – Driven by strong year-over-year growth in the utility and residential markets, the United States installed 1,330 megawatts of solar photovoltaics (PV) in the first quarter of 2014. According to GTM Research and the Solar Energy Industry Association’s (SEIA) Q1 2014 U.S. Solar Market Insight Report, the U.S. installed 232 megawatts of residential PV, exceeding the non-residential (commercial) market’s 225 megawatts for the first time in the history of the report.

In another significant development, Q1 2014 was the largest quarter ever for concentrating solar power (CSP) due to the completion of the 392 megawatt (AC) Ivanpah project and the Genesis Solar project’s second 125 megawatt (AC) phase. With a total of 857 megawatts expected to be completed by year’s end, 2014 is on pace to be the largest year for CSP in history.

“Solar accounted for 74% of all new U.S. electric capacity installed in Q1 2014, further signaling the rapidly increasing role that solar is playing in the energy market,” said Shayle Kann, Senior Vice President at GTM Research. “Expect to see a resurgence in the non-residential market, combined with continued incremental residential growth, throughout the rest of this year.”

Not to be outshone by the success of the residential sector, the utility PV market continued its dominance, growing 171% between Q1 2013 and Q1 2014. With 873 megawatts installed, it accounted for two-thirds of total installations during the quarter. Large-scale projects that were under contracts and negotiations between 2010 and 2012 are now becoming a reality.

“Solar energy is now generating enough clean, reliable and affordable electricity to effectively power 3 million American homes, while creating thousands of new jobs nationwide and pumping nearly $15 billion a year into the U.S. economy,” said SEIA President and CEO Rhone Resch. “Solar is also providing a big boost for our environment. The 14,800 megawatts of solar currently installed in the U.S. can generate enough pollution-free electricity to displace 18 billion pounds of coal or 1.8 billion gallons of gasoline. That’s the equivalent of removing 3.5 million passenger cars off our roads and highways. For states trying to meet new, enhanced air quality standards, solar can be a real game changer.”

Key Findings:
• The U.S. installed 1,330 megawatts of solar PV in Q1 2014, up 79% over Q1 2013 and the second-largest quarter for solar installations in the history of the market
• Cumulative operating PV capacity stood at 13,395 megawatts (DC) with 482,000 individual systems online as of the end of Q1 2014.
• PV growth was driven primarily by the utility solar market, which installed over 800 megawatts in Q1 2014, up from 322 megawatts in Q1 2013
• Q1 2014 was the first quarter in which residential PV installations exceeded non-residential (commercial) installations nationally
• More than one third of residential PV installations came online without any state incentive for the first time ever in Q1 2014
• Q1 2014 saw school, government, and non-profit PV installations add more than 100 megawatts for the second straight quarter
• 74% of new electric generating capacity in the U.S. in Q1 2014 came from solar
• GTM Research and SEIA forecast that PV installations will reach 6.6 gigawatts in 2014, up 39 percent over 2013 and nearly double the market size in 2012
• Cumulative operating CSP capacity was 1,435 megawatts (AC) as of the end of Q1 2014.

The U.S. Solar Market Insight report is the most detailed and timely research available on the continuing growth and opportunity in the U.S. The report includes deep analysis of solar markets, technologies and pricing, identifying the key metrics that will help solar decision-makers navigate the market’s current and forecasted trajectory. For more information, visit www.seia.org/smi

Celebrating its 40th anniversary in 2014, the Solar Energy Industries Association® is the national trade association of the U.S. solar energy industry. Through advocacy and education, SEIA® is building a strong solar industry to power America. As the voice of the industry, SEIA works with its 1,000 member companies to champion the use of clean, affordable solar in America by expanding markets, removing market barriers, strengthening the industry and educating the public on the benefits of solar energy. Visit SEIA online at www.seia.org.
About GTM Research: