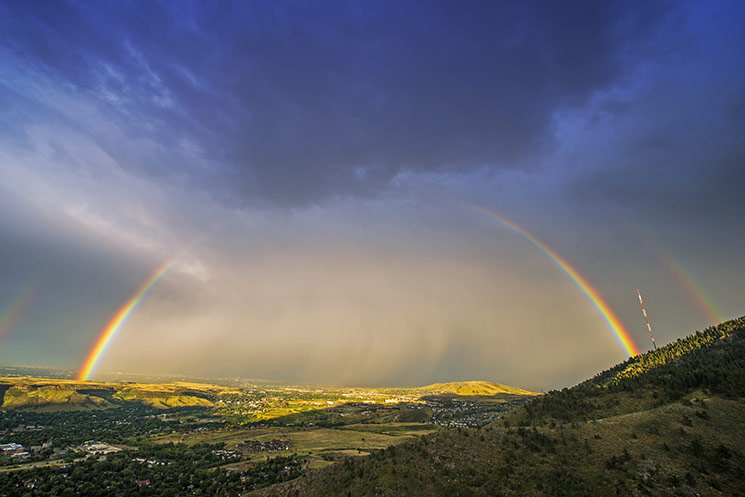 Tesla is back in the news, announcing plans for a Gigafactory which could transform the power industry as much as advance its electric car.

The company plans to have the world’s biggest battery factory up and running in 2017. The goal is to reduce the cost of batteries by 30 percent in the first year, to produce a “compelling, affordable electric car in about three years.” This accelerated battery innovation will be a game-changer for electric cars and the entire energy storage industry, not only cutting the price of Tesla’s next car in half, but most importantly, enabling homeowners and businesses to use solar energy 24 hours a day.

CEO Elon Musk expects to produce batteries for 500,000 vehicles by 2020 at the 30 gigawatt factory – a gigantic 10 million square foot space that employs some 6,000 people. Tesla says it’s choosing between Nevada, New Mexico, Arizona and Texas for the location. The plant will run on solar and wind.

Musk is investing $2 billion, and the remainder of the $4 billion to $5 billion needed through 2020 will come from $1.6 billion in convertible notes and as yet unnamed partners, which could be Panasonic, Samsung and even Apple. The vertically integrated facility brings battery manufacturing under one roof — precursor material, cell, module and pack production. It’s expected to quickly achieve economies of scale and lower costs through innovative manufacturing processes, reduction of logistics waste, optimization of co-located processes and reduced overhead, Tesla says. Because of competition, battery prices are already dropping, which could bring EVs with150-mile range starting this year.

Morgan Stanley analyst Adam Jonas told Bloomberg, “If it can be a leader in commercializing battery packs, investors may never look at Tesla the same way again. If Tesla can become the world’s low-cost producer in energy storage, we see significant optionality for Tesla to disrupt adjacent industries. We believe the days when Tesla was known as purely an auto company are numbered.  We are witnessing the most disruptive intersection of manufacturing, innovation and capital experienced by the auto industry in more than a century.”

Tesla’s shares hit $262 on the news, as it beat analyst projections for the fourth quarter of 2013, and its Model S sedan was honored as the first U.S. car to receive Consumer Reports’ “Best Overall Car” of the year.

While Tesla’s Gigafactory could be game-changing, producing batteries is still a very toxic process, and one company is lining up to address some of that.

Startup company Simbol will break ground on a California plant this summer that would open in 2017 – the same year as Tesla’s battery plant. Simbolt wants to supply lithium for Tesla’s batteries, made not from mining but from waste generated by geothermal power production.

Tesla’s plant is expected to consume more lithium than was produced worldwide in 2013, and demand for lithium is growing for other energy storage applications as well as for consumer electronics.

Luckily, geothermal, which has lagged other renewable energy sources, is finally growing. Worldwide, geothermal surpassed 12 gigawatts (GW) last year and there are 30 GW in the pipeline, according to the industry’s trade association.

If lithium can be produced as a byproduct of geothermal energy, that would make a more sustainable battery. The standard way of making lithium is by mining it from hard rock or through a complex process of slowly evaporating sea water, concentrating it into brine, and then using chemicals to separate lithium from salt, water and various solids.

Instead, Simbol would make lithium from brine that’s a byproduct of geothermal power production. Since 2011, it’s been operating a pilot plant in Calipatria, Calif., where it extracts lithium from the brine of a 50 megawatt geothermal plant.

“The brine comes out of the ground, electricity is produced, elements will be taken out of the steam, and the brine will go back in the ground,” Joseph Lowry, Vice President at Simbol, explains to the New York Times.

The brine comes out of the ground hot, reducing the energy costs of producing lithium, and since the brine is returned underground there’s no need for environmental mitigation.

And to get access to the brine, Simbol simply bolts onto geothermal plants.

Simbol says the plant will be able to produce 15,000 metric tons of lithium a year along with other rare earth minerals such as manganese and zinc. The result is a “transformational method for competitively producing the highest performing materials from a secure, scalable, and sustainable resource base,” the company says, pointing to the huge potential of California’s Salton Sea.

Rona Fried, PhD, is president of SustainableBusiness.com, a thought leader on green business known for its daily news and Green Dream Jobs service since 1996.