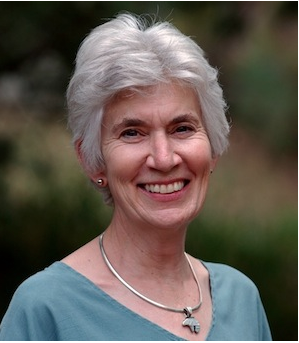 The global energy landscape is shifting, and the game changer is energy storage.

The public has long favored solar and wind over fossil and nuclear energy technologies, at least in the abstract. The benefits are certainly compelling—no emissions, no fuel costs, low water requirements, no environmental damage during extraction, no worries about spills or meltdowns.

The intermittency of wind and solar resources, however, has long been a barrier to widespread use. Enter energy storage.

In our ongoing effort to provide information and resources to help you be an effective solar advocate and consumer, we’ve launched a new section called Good News You Can Use. A highlight of this issue’s Good News is Deutsche Bank’s report, Crossing the Chasm. This study predicts that batteries to store energy from intermittent sources will be available at a competitive price and on a large scale within the next five years or less.

The consequences of such rapid market penetration are profound. As Rocky Mountain Institute’s James Mandel and Leia Guccione point out in “The Economics of Load Defection,” the steadily improving economics of distributed energy technologies and energy storage present utility customers with new choices, many of which have long been the sole domain of utilities. Customers can get their electricity from the grid; a solar-plus-battery system; or some combination of the grid, solar photovoltaics (PV), and batteries. How utilities respond to this new reality will shape the choices their customers make. As the authors frame it, the U.S. electric grid is indeed at a metaphorical fork in the road.

Sky Stanfield and Amanda Vanega of the Interstate Renewable Energy Council are also concerned that all the stakeholders in this new energy landscape make choices that capture the many benefits of integrating distributed energy and storage into the electric grid. In “Deploying Distributed Energy Storage,” they urge regulators to develop innovative, forward-thinking policies that enable the smooth integration of renewables and energy storage into the existing electrical system. Proactive steps now to establish appropriate regulatory, market, and technical foundations for these technologies will reduce the likelihood of future market delays or slowdowns.

In “Creating a Safe, Stable Grid for Solar,” Don Gwinner offers an example of a technical fix for a specific challenge to increasing penetration of solar PV on the electrical grid. The National Renewable Energy Laboratory, Hawai’ian Electric Companies, and SolarCity are collaborating to evaluate PV inverter performance under simulated real-world operational conditions. This work enables safe deployment of grid-connected solar PV on homes and buildings in Hawai’i and elsewhere.

This issue’s Viewpoint, “Peak Oil Redux,” by Timothy Schoechle and James Turner, echoes another point in the Deutsche Bank report—that distributed energy resources and storage offer emissions-free electricity with no fuel cost. Schoechle and Turner note that we may already have seen “peak oil,” not because of scarcity, but because of abundance and falling demand. No matter how cheap oil gets, it will never get to zero. PV, on the other hand, has “already reached parity with fossil fuels in some places, and the equipment just gets better and cheaper every day.” And PV’s fuel cost will always be zero.

Crossing the Chasm draws some other notable conclusions, among them that the potential solar market is “massive,” and that more than half the countries the authors reviewed are likely at grid parity today. In addition, “the ratio of coal-based wholesale electricity to solar electricity cost was 7:1 four years ago. This ratio is now less than 2:1 and could likely approach 1:1 over the next 12-18 months.”