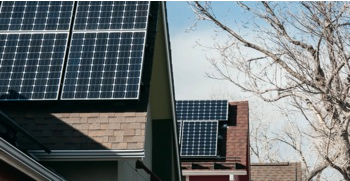 In January 2015, control of the U.S. Congress shifted to the Republicans and the new majority has already begun to change the rules. We have new chairmen of the tax-writing committees in both houses of Congress.

In the U.S. Senate, Senator Orin Hatch (R-Utah) is now the chairman and former chair.man Senator Ron Wyden (D-Oregon) is now minority chairman. Now that Republicans are in the Senate majority, they control most of the seats on this committee. Orin Hatch has been a leader in advanced technologies and software in the Senate and has supported renewable energy in the past.

In the House of Representatives, the sub.committees of the House Ways and Means Committee have more control of legislation, and within our Subcommittee of Jurisdiction— Select Revenue Measures—Congressman Dave Reichert (R-Washington) is the chairman and he also has been supportive of renewable energy in the past. That doesn’t mean the House and Sen.ate chairmen won’t be cowed by their leadership, but it does likely mean the clean energy indus.tries will be given a fair opportunity to present our views and needs

More dramatically, right after the re-election of Representative Boehner as House Speaker, the House of Representatives approved a change in a rule requiring the economic benefits of legislation be included in any bill’s official cost calculations, in what is called “dynamic scoring.” (1.usa.gov/1Cs8OR1) According to a January 6, 2015, New York Times article, “The change on “dynamic scoring”—ardently sought since the 1990s by Republicans—could ease passage of major tax cuts by showing that their impact on economic growth would substantially reduce their cost to the Treasury. The move is widely seen as a way for Republican leaders to set ground rules for an ambitious overhaul of the entire United States tax code.” (nyti.ms/1DIH529)

If dynamic scoring is done honestly and transparently, it would yield great benefits for renewable energy and energy efficiency tax credits. Although renewable energy and energy efficiency tax credits have been perceived historical.ly as revenue losers, under this proposed change the reverse is true. For one thing, corporate tax payments of companies that manufacture components and integrate, install, and service systems can now be added to the calculation. In addition—because our industries pay higher tax rates than fossil companies—our budget impact should be negligible. The various trade associations are working with experts to help compile the data in ways the congressional tax-writing committees can rely on and feel confident in.

Of course, renewable energy and energy efficiency are not the only energy technologies receiving tax subsidies. Every type of energy in the United States receives subsidies.

One great study by Nancy Pfund and Ben Healey (bit.ly/1CcpP0R) concludes that “In inflation-adjust.ed dollars, nuclear spending averaged $3.3 billion over the first 15 years of subsidy life, and oil and gas subsidies averaged $1.8 billion, while renewables averaged less than $0.4 billion. Clearly… federal incentives for early fossil fuel production and the nascent nuclear industry were much more robust than the support provided to renewables.”

The Congressional Joint Tax Committee issued a substantive report to the Senate Finance Committee and the House Ways and Means Committee on revenue loss estimates of ALL tax incentives between the years 2009 and 2013 (1.usa.gov/1sDVpVN) and the data is illustrative. For the fossil industries, no matter what the conservative think tanks say, the U.S. tax code is full of incentives for the coal, natural gas, and petroleum industries. Some of the larger ones include:

In 2012, Todd Neeley, a staff reporter with DTN’s The Progressive Farmer, calculated that the 19 discrete federal subsidies for gasoline conservatively amounted to $133.2 billion annually or $0.96 per gallon.

For the nuclear industry, I always refer researchers to the Union of Concerned Scientists February 2011 report about nuclear power subsidies. Nuclear Power: Still Not Viable Without Subsidies found that more than 30 subsidies have supported every stage of the nuclear fuel cycle, from uranium mining to long-term waste storage. Added together, these subsidies cover from 70% to 120% of the investment, and often have exceeded the average market price of the power produced. The report also examines subsidies for new reactors. For the executive summary, go to bit.ly/1wenjmc.

Utility-interconnected wind systems received a production tax credit that sadly expired on December 31, 2014. If we follow the dynamic scoring procedure, we could also account for the revenue generation from installing wind turbines. For example, studies by NextEra show that the $3.5 billion revenue loss for the subsidy is offset by $2.5 billion the wind generation facilities would pay in taxes, $600 million the construction companies and their employees pay in taxes, and an additional $1.2 billion the businesses and those employed by the wind industry pay in taxes, resulting in a $768 million net gain to the U.S. Treasury and the American taxpayer (bit.ly/1AVnMiC).

There is a huge range of energy efficiency tax credits available for residential building owners—insulation, windows, furnaces, etc. The best information source for these is the Congressional Research Service of the U.S. Library of Congress’ March 18, 2014, study (bit.ly/1C5tgsq). The subsidy is $800 million per year.

For solar energy, businesses are eligible for tax credits for qualified solar water heating and photovoltaic systems and for certain solar light.ing systems. Qualifying equipment will either use solar energy to generate electricity, to heat/cool or provide hot water to a structure, or to illuminate the inside of a building by means of fiber-optic distributed sunlight (tube systems and passive solar are not eligible). The credits are available for systems “placed in service” between January 1, 2006, and December 31, 2016.

Homeowners are eligible for tax credits for qualified solar water heating systems, which produce hot water, and photovoltaic systems (including solar fans), which produce electricity. The credits are available for systems “placed in service” at any dwelling unit, not necessarily the primary residence, between January 1, 2006, and December 31, 2016.

For small wind, on October 3, 2008, the Emergency Economic Stabilization Act of 2008, H.R. 1424, was enacted into law and includes a new federal-level investment tax credit to help consumers purchase small wind turbines for home, farm, or business use. Owners of small wind systems with 100 kilowatts of capacity or less can receive a credit for 30% of the total installed cost of the system. The credit will be available for equipment installed through December 31, 2016. This legislation marks the first federal incentive for small wind systems since 1985, according to energytaxincentives.org. The incentive was further expanded through the American Recovery and Reinvestment Tax Act of 2009 (ARRA), which removed the financial cap that had been present in the 2008 legislation.

For combined heat and power (CHP), there is a 10% investment tax credit applicable only to the first 15 megawatts (MW) of CHP capacity. Qualifying geothermal heat pumps installed after December 31, 2008, are eligible for 30% of the installed cost without a cap, as provided under ARRA. Qualifying equipment at a taxpayer’s primary residence or a second home is eligible, but rental property is not. Owners of systems smaller than 50 MW may take advantage of this tax credit and their systems must be placed into service between October 3, 2008, and January 1, 2017. Only the original CHP constructor or user may take the tax credit.

Taxpayers installing allowable clean energy systems at their residence should use IRS Form 5695 for the Residential Energy Efficient Property incentive and Form 3468 for business installations.

All the Washington, DC-based renewable energy and energy efficiency trade associations, analytical groups, think tanks, and advocacy groups are preparing for a long and arduous process. They will work hard not only to extend the expired wind production tax credit and some other efficiency tax credits, but also to extend the solar, small wind, and other renewable energy and energy efficiency tax credits. The Republican majority has stated that comprehensive tax reform is on the top of their legislative action list, but extension dates for these tax credits are not on their plate.

For commercial and business applications, the accelerated depreciation schedule (also known as MACRS) is important, and solar property receives five years—the shortest of any energy property. The Solar Energy Industries Association and the solar industry also want “construction work-in-progress” rules, which require that if a project has started construction, it qualifies for the credit even if it is not operating before the credit expires. The wind and geothermal industries have also pushed for such a rule.

This handicaps promising new technologies and puts them at a competitive disadvantage, just as they are accelerating in importance as domestic sources of energy. A study by the National Renewable Energy Laboratory (1.usa.gov/152KPxb) showed that applying the MLP structure to the wind and solar industries would significantly reduce their cost of capital and make them more competitive with other energy technologies.

Microgrid and energy storage also receive incentives by dipping into many of the aforementioned credits. There should also, however, be some conforming language that makes it easier to combine credits in a simple, more project-friendly way.

It is too early to tell how the Republican Party will handle comprehensive tax reform, and how the renewable energy, energy storage, and energy efficiency sectors will be treated as part of the energy family. But it is clear that those within these clean energy industries—the investment and financial community that supports them, the research and analytical community that nurtures them, and the American public that wants them—must all get active and stay in touch with each of their two senators and their representative. Let them know OFTEN that you expect them to extend incentives for residential and business consumers to use solar and all other forms of renewable energy and energy efficiency.

As I always say, there’s nothing like a fine whine here in Washington, DC. And you need to whine, early and often!

Scott Sklar is president of The Stella Group, Ltd., a strategic technology optimization and policy firm. He can be reached at solarsklar@aol.com.