Biofuels Progress: Where Do We Stand? As ethanol stalls, the military and airlines push hard for new biojet fuels. Where will they come from? 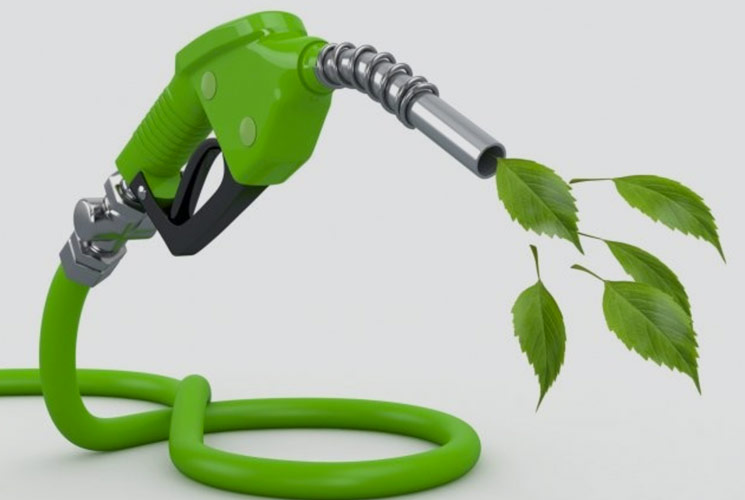 According to data from the U.S. Energy Information Administration, the world now uses 1.4 trillion gallons of liquid fuels each year, mostly for transportation. The International Energy Agency expects biofuel production to reach 112 billion gallons— about 8 percent of today’s market by 2030. Land devoted to growing vegetable feedstock would have to roughly double, to 150 million acres. That would be about 4.3 percent of the world’s arable land.

The United States, through the Environmental Protection Agency (EPA), already mandates that 10 percent of its transportation motor fuel come from vegetable feedstocks. Most of that is corn ethanol blended into gasoline. Corn ethanol is stalled, for economic and environmental reasons, at 14 billion gallons a year — 40 percent of America’s corn crop, grown on 35 million acres, or about 8 percent of the nation’s farmland. Corn ethanol is also subject to shortage due to drought conditions, and pricing has proved volatile. EPA has had to backpedal the ethanol mandate to 13 billion gallons for 2014. Three factories to make cellulosic ethanol are scheduled to open this year in Iowa (Poet-DSM and DuPont) and Kansas (Abengoa Bioenergy), despite the very public failure last year of the KiOR plant in Mississippi.

But blended gasoline is only part of the transportation picture. To run airplanes, trucks, loco- motives and container ships, we need middle distillates: diesel and jet fuel. Cars, trucks and trains can reduce their on-board fuel needs through electrification. But jet planes will always need liquid fuel.

Americans love to fly. We worry that jet fuel contributes to carbon loading, especially at high altitude where it hurts most. That is a problem, in spite of the fact that a Boeing 737-900 can be more fuel efficient than the family car — Boeing claims up to 99 miles per gallon per passenger, if all seats are filled. According to data published by the U.S. Department of Transportation (DOT), the U.S. airline fleet averages about 64 mpg per passenger.

But airlines are scared to death of peak oil. DOT says that fuel is five times more expensive now than at the end of 2001 (that’s up 32 percent, adjusted for inflation). Jet fuel now accounts for about 25 percent of airline operating costs, in spite of new, more efficient aircraft, engines and procedures. U.S.-based airlines used about 15.7 billion gallons of fuel in 2013, at $3.03 per gallon. The market research firm Navigant reports that the world’s airlines now use about 225 billion gallons of jet fuel every year, and spend about $1 trillion on the stuff. Boeing and the airlines are eager to find new supplies to hold fuel price down. Worldwide, airlines and aircraft manufacturers are pushing hard to replace fossil fuel with cheap biojet. The U.S. Defense Department is equally eager to solve that problem. The U.S. military burns about 4.8 billion gallons of jet fuel and diesel each year. About half of that goes to the Air Force, about a third to the Navy. Both services claim to be on track to use 50 percent U.S.-produced nonpetroleum fuels by 2016. Nonpetroleum doesn’t necessarily mean biofuels — it can also mean synfuels distilled from coal or natural gas, in a process invented by the Germans during World War II.

Jet fuel and diesel oil are very similar — nearly interchangeable. They have a lower “flash” point than gasoline and, because they’re about 20 percent heavier, have a higher energy con- tent (about 10 percent more energy by volume). In 2006, as an important move to improve air quality, EPA banned high-sulfur diesel fuels for road-going vehicles. Jet fuel still contains a lot of sulfur. In theory jet fuel is “dry” — it doesn’t lubricate fuel injectors and pump parts as well as diesel does. But if you put a little lubricant in it, jet fuel seems to burn just fine in diesel engines. That’s illegal for trucks and cars, because of the high sulfur, and road taxes. But diesel-engine air- planes can and do run on jet fuel.

The similarity makes it technically feasible for the military to seek “drop-in” fuels — fuels that can be fed into existing jet and diesel engines with no modifications— from the same feedstocks and manufacturing processes. Scaling jet fuel production up will scale road fuel diesel too. Obviously, the military and the airlines are powerful interests, well aligned to support rapid industrialization of new fuel sources. Navigant, while noting that since 2008 airlines have flown only 600,000 miles on test biojet, recently forecast that the biofuel industry will make and sell 3.3 billion gallons worldwide by 2024. That’s just 1.5 percent of the demand, but once in mass production, biojet could scale up quickly enough to put downward pressure on the price of petroleum feedstock. Half the 225 billion gallon aviation market happens to coincide with IEA’s target, growing feedstock stock on roughly five percent of the world’s arable land.

That’s not sustainable, if only because all the arable land will be needed to produce food. Nor do oilseed refiners want to bid against food processors for crops, according to Don Konantz, CEO of the start-up oilseed producer Calyx. “Feedstock for biodiesel is in high demand,” he said. “Soybean and canola oils have been traditionally used, however the costs of food grade oils limit their use in biofuels.”

So a race is on to find feedstock that can grow in algal ponds or on land too poor for food crops, or that can rotate counterseasonally with food crops. A limitation is that oilseed plants must be grown on land flat enough to operate conventional harvesting equipment.

The Air Force and Navy biojet programs have focused largely on camelina, a wild-growing mustard species now cultivated on marginal land in Canada and Montana. It’s been approved for cattle feed in the United States and may some- day make high-protein food for humans. The newsletter Biofuels Digest reported last year that camelina is grown on more than 100,000 acres in the United States.

Calyx has been developing carinata, another mustard. Like camelina, its seed is about 40 percent oil by weight, and nothing goes to waste: 28 percent is protein useful as cattle feed (the company awaits approvals to sell this part), and the remaining 32 percent can be burned as biomass fuel. Konantz claims the company has tested the crop on 10,000 acres, at farms in Alberta, Manitoba, Montana and Saskatchewan. They’re averaging 65 gallons of oil per acre with a 110-day growing season and no need for irrigation. Konantz says the company can sell refined carinata oil at $3.40 per gallon. That’s high for bulk sales to airlines, but would be economic when and if airlines are taxed (via landing fees) based on the net-carbon emissions of the fuel.

Meanwhile, $3.40 per gallon might work for diesel. Konantz points out that the European market for biodiesel stood at 8 billion gallons in 2013. Most of that came from palm oil harvested at unacceptable environmental cost in Malaysia and Indonesia. EPA currently mandates that 1.28 billion gallons of biodiesel be blended into road fuel, most of that still derived from food crops. So there’s plenty of room for camelina and carinata to scale up. Konantz says North America has 55 million acres of fallow land ready to grow it, and 205 biodiesel refineries in place. That implies about 3.5 million gallons of North American biodiesel. Then there’s Australia. “Plenty of land, no domestic oil,” said Konantz.

Patrick Mazza, a sustainable-fuels consultant for Boeing, has been evaluating other bio-based sources for jet fuel. He points out that algae-oil research has been painfully slow to scale up to industrial strength. “You need a certain level of stress on the algae to optimize oil production,” he said, “and that poses a risk of crashing the colony. There are problems with contamination by other algae species, and with penetrating the cell walls to get at oil. So algal fuels are a little further out. Algae are more interesting now as a biomass source than as a lipid source.”

Saltwort, also called glasswort and samphire, grows around saltwater marshes and beaches, worldwide, and produces about 30 percent oil by weight. Organizations in Saudi Arabia (BEHAR) and the United Arab Emirates (the Sustainable Bioenergy Research Consortium) are cultivating it in desert land, irrigated with seawater.

Jatropha curcas, a flowering shrub native to dry soils in Central America, produces a high- quality oil tested and approved for both diesel and jet-fuel conversion in 2008. A worldwide program to cultivate the crop by small farmers failed in 2009, because the plant had never been domesticated — that is, bred for optimum yield. Now a San Diego company, SGM (seeds, genetics, biomaterials) claims to have developed hybrids that can produce large yields for plantations around the world.

The castor bean contains about 40 percent oil, traditionally notorious as a laxative. The bean is widely cultivated as a feedstock for the chemical industry.

Dozens of other species show promise for cultivation on marginal land, so we’ll see new land planted with a wide variety of oil crops by 2030.