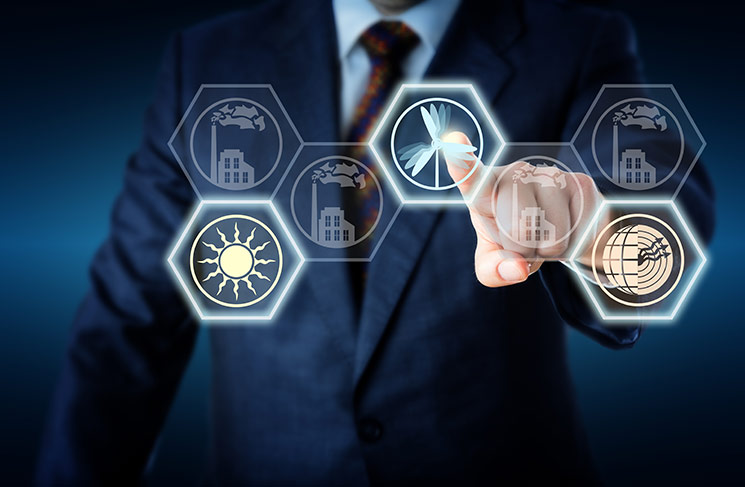 Researchers at Rice University have created a tiny coaxial cable, about 1,000 times smaller than a human hair, with higher capacitance than previously reported microcapacitors.

The graphene-coated nanocable, described in June in Nature Communications, could be used to build next-generation energy-storage systems. It could also find use in wiring up components of lab-on-a-chip processors, but its discovery is owed partly to chance.

“We didn’t expect to create this when we started,” said co-author Jun Lou, associate professor of mechanical engineering and materials science. “At the outset, we were just curious to see what would happen electrically and mechanically if we took small copper wires known as interconnects and covered them with a thin layer of carbon.”

The core of the cable, just 100 nanometers in diameter, is a solid copper wire coated with insulating copper oxide. The exterior graphene sheath is the second conductor. The three-layer, metal-insulator-metal structure offers capacitance at least 10 times greater than predicted with classical electrostatics.

“The increase is most likely due to quantum effects that arise because of the small size of the cable,” said study co-author Pulickel Ajayan, Rice’s Benjamin M. and Mary Greenwood Anderson professor of mechanical engineering and materials science.

Postdoctoral researcher Zheng Liu, the lead co-author, used chemical vapor deposition to carbon-coat the wire. Initial tests yielded unexpected results. “We eventually found that a thin layer of copper oxide, which served as a dielectric layer, was forming between the copper and the carbon,” said Liu.

“It’s fairly well-documented, but we couldn’t find anyone who’d done a detailed examination of the electronic properties of such complex interfaces,” Ajayan said.

The capacitance of the new nanocable is up to 143 microfarads per square centimeter, better than the best previous results from microcapacitors.

Lou said it may be possible to build a large-scale energy storage device by arranging millions of the tiny nanocables side by side in large arrays.

The research was funded by the National Science Foundation, Rice University, the Office of Naval Research, the Welch Foundation, the Center for Exotic NanoCarbons at Shinshu University and the Japan Regional Innovation Strategy Program by the Excellence.

Jade Boyd is science editor and associate director of news and media relations in Rice University’s Office of Public Affairs. A copy of the Nature Communications paper is available at dx.doi.org/10.1038/ncomms1833.