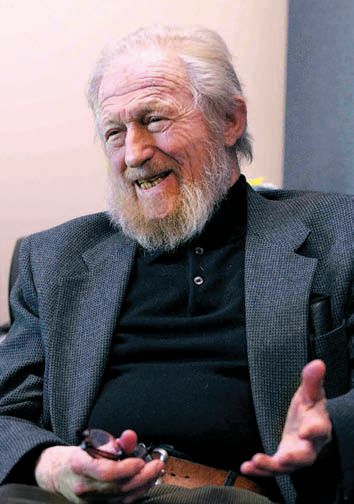 Kreith was born in Vienna, Austria, on December 15, 1922. After the 1938 anti-Semitic riot known as “Kristallnacht,” he left Austria under the Kindertransport program, whereby Jewish children up to a certain age were taken by train to live in England. In England, he worked on a farm and later in a machine shop making war implements. Kreith was fortunate in reuniting with his family once they all immigrated to the U.S., as many of the Kindertransport children never saw their families again.

Once settled in the U.S., Kreith worked nights to support his family and by days attended Cal-Berkeley, where he earned his B.S. in mechanical engineering in 1945. He went on to work at Jet Propulsion Laboratory in Pasadena, California, where he concentrated on heat transfer in rocket engines, to counter the German V2 rockets. Frank received his Master’s in Mechanical Engineering from UCLA in 1955 and in 1965 he obtained the degree Doctor of Engineering from the University of Paris. He then went on to teach at Princeton University.

After Princeton, Dr. Kreith was professor of Mechanical Engineering at the University of California at Berkeley (1951-1953), Lehigh University, Bethlehem, PA (1953-1954), and the University of Colorado at Boulder (1959-1978). Frank and family loved Boulder, especially the mountain sports that Colorado has to offer.

While active in ASES, Dr. Kreith concentrated on solar activities in the American Society of Mechanical Engineers (ASME). He was a founding editor of the ASME Journal of Solar Energy Engineering and editor from 1980-1987. In addition to receiving Honorary ASME Membership in 2004 and the ASME Medal in 1998, Dr. Kreith was the recipient of a number of other prestigious Society honors, including the Worcester Reed Warner Medal in 1981, the Max Jakob Memorial Award from ASME and the American Institute of Chemical Engineers (AIChE) in 1985, the ASME Dedicated Service Award in 1990, the Ralph Coats Roe Medal in 1992, ASME Solar Energy Division’s John Yellott Award in 2000, the Edwin F. Church Medal in 2001. In 2005, the ASME Solar Energy and Advanced Energy Systems Divisions established the Frank Kreith Energy Award in honor of Dr. Kreith’s contributions to the field of heat transfer and solar energy.

In 2017, he received the John Fritz Medal for contributions to the fields of heat transfer, solar energy and transportation, from the American Association of Engineering Societies.

Dr. Kreith became famous early in his career for his first textbook, Principles of Heat Transfer, which many other engineering students in the late 1950’s and early 1960’s utilized in their heat transfer classes, to great advantage. As a measure of the enduring value of the book, an 8th edition was published just a few months before his passing. Dr. Kreith published more than 100 peer-reviewed papers and authored or edited more than 15 books, including Principles of Solar Engineering, Principles of Sustainable Energy, The Handbook of Energy Efficiency and Renewable Energy, and The Handbook of Thermal Engineering.

Dr. Kreith spent most of his academic career at the University of Colorado, Boulder, where he retired as professor emeritus. In 1977, he left CU to head up the Solar Thermal Conversion Branch of the newly created Solar Energy Research Institute (now the National Renewable Energy Laboratory) in Golden, just south of Boulder. In 1988 Frank became the Legislative Fellow at the National Conference of State Legislators in Denver, where he remained until his retirement in 2001. He continued writing and editing his many books and articles, in cooperation with many other well-known authors and researchers in the field of renewable energy and sustainability.

Dr. Kreith is survived by his devoted wife Marion of 67 years, daughters Judy and Marcia, son Michael, and three grandchildren, as well as by his brother Kurt and a number of nieces and relatives.