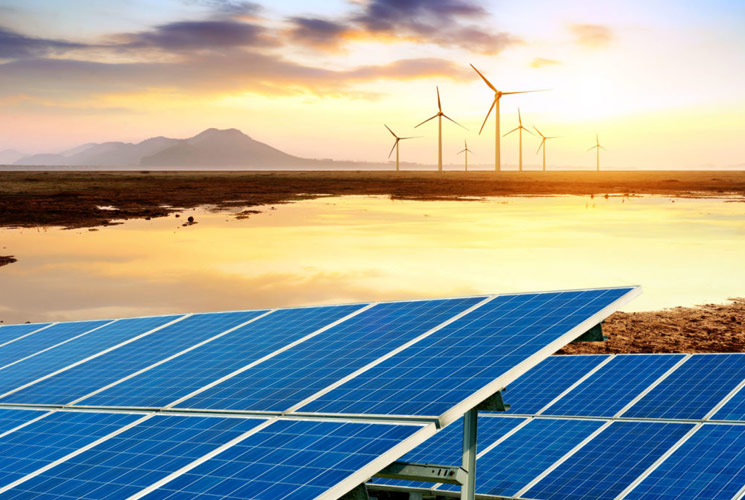 “This is a great milestone in the City of L.A.’s efforts to expand renewable energy and a win-win for the businesses and people of Los Angeles who will benefit from solar power development right in the city,” said Board President Mel Levine. “These solar projects will help spark economic development and jobs, reduce greenhouse gas emissions from fossil fuel power plants, and meet L.A.’s renewable energy mandates.”

“These agreements put us within reach of our targets of 25% renewable energy by 2016 and 33% by 2020.” said Marcie Edwards, LADWP General Manager. Combined, the utility-scale solar array and the local solar projects will provide enough energy for about 150,000 homes, and offset emissions of close to 500 metric tons of CO2 that would otherwise be produced by fossil fuel power plants.

Along with helping spur the clean energy economy in Los Angeles and meeting renewable energy goals, the expansion of local solar builds more resiliency and reliability into the power grid. Small solar systems are like “mini power plants” that generate power right where it is being used, saving on transmission costs and taking advantage of the city’s abundant sunshine to help meet electrical demand.

The agreements, which require approval by the City Council, pave the way for the 250 MW Beacon Solar Project, which will be built 14 miles north of Mojave, CA along Highway 14, while rounding out the full 150 MW Feed-in Tariff (FiT) Program. Last year, LADWP launched the FiT Set-Pricing Program for 100 MW, becoming the largest city in the nation to offer a FiT program.

The Beacon land, acquired by LADWP in 2012 and previously permitted in Kern County for a solar development, has been divided into five sites. Four sites will be developed through four separate power purchase agreements for a total of 200 MW. Each of these contracts is tied to developing a group of small-scale FiT solar projects within LADWP’s service area in Los Angeles. Altogether, these “bundled” agreements will construct 50 MW of local solar.

Through a competitive bid for the Beacon 200 MW Bundled Solar Program, the LADWP Board awarded two of the sites (88 MW) to SunEdison, and two sites (112 MW) to Hecate Energy. In conjunction with the large solar projects, SunEdison is obligated to develop 22 MW of local solar and Hecate will build 28 MW of solar within Los Angeles.

The fifth solar project that will be installed on the Beacon property is a 50 MW project that is not “bundled” with a FiT component. This contract was awarded to Hecate Energy.

Randy Howard, LADWP Senior Assistant General Manager – Power System, said the Beacon solar agreements are part of a comprehensive strategy developed through the Integrated Resource Plan, which has evolved over the past several years with public input. “These new solar projects will add to the existing Pine Tree wind and solar projects, and form a cluster of renewables in this area to help LADWP meet its renewable energy objectives near the Los Angeles Basin,” Howard said.

To support the increase in renewable energy in Kern County, LADWP has begun construction of the Barren Ridge Renewable Transmission Project (BRRTP), which will expand the capacity of LADWP’s existing transmission to bring these new renewables home to LADWP’s customers. Under the agreements, LADWP will provide all transmission and distribution infrastructure to support the Beacon Solar Project. The work involves expanding the Barren Ridge Switching Station and building a switchyard for the Beacon project as well as expanding the transmission line itself.

As part of the transmission project, LADWP has begun construction of a new switching station in Haskell Canyon near Santa Clarita, which will also improve overall reliability by adding a second connection to the Castaic Power Plant.

The Castaic Power Plant serves as “pumped storage” for solar and wind energy and is vital to integrating the renewables into the electric grid.