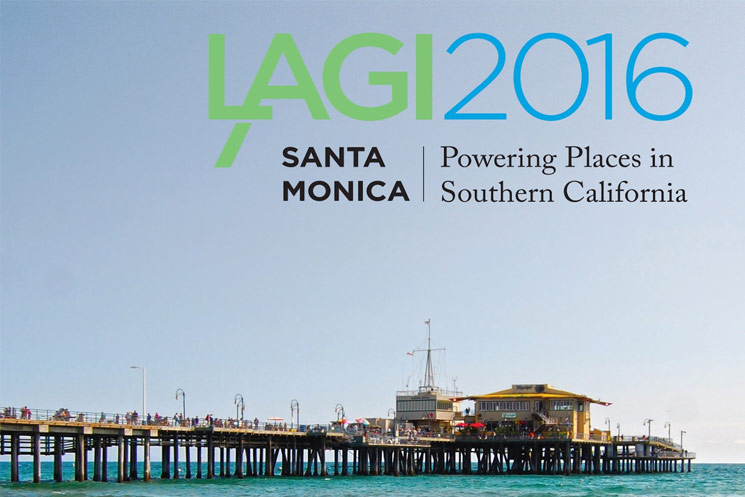 The Land Art Generator Initiative (LAGI) was founded in 2008 with the main goal of providing a platform for the design and construction of public art installations that have the added benefit of large-scale clean energy generation. Once built, each sculpture will continuously distribute clean energy into the electrical grid at a utility scale (equivalent to the demand of hundreds or thousands of homes).

Presenting the power plant as public artwork— simultaneously enhancing the community, increasing livability, and stimulating local economic development—is a way to address a variety of issues from the perspective of the ecologically concerned artist and designer.

By nature of its functional utility, the work also sets itself into many other overlapping disciplines such as architecture, landscape architecture, engineering, applied science research, industrial design, urban planning, education, and environmental science. This interdisciplinary result has the effect of both enhancing the level of innovation and broadening the audience for the work.

The LAGI 2016 design ideas competition, Powering Places, brought forward hundreds of proposals for civic artworks at the breakwater adjacent to the Santa Monica Pier to generate carbon-free electricity and water for hundreds of homes.

Every two years, the LAGI international design competition provides an opportunity for creative minds around the world to reflect on the nature of energy infrastructures and what they can aspire to be in their built form. How can they integrate themselves into our cities in ways that enhance public space, educate, and inspire?

LAGI 2016 invited artists, designers, scientists, engineers, and others from around the world to submit proposals for large-scale and site-specific public art installations that generate carbon-neutral electricity and/or drinking water for the City of Santa Monica, California. 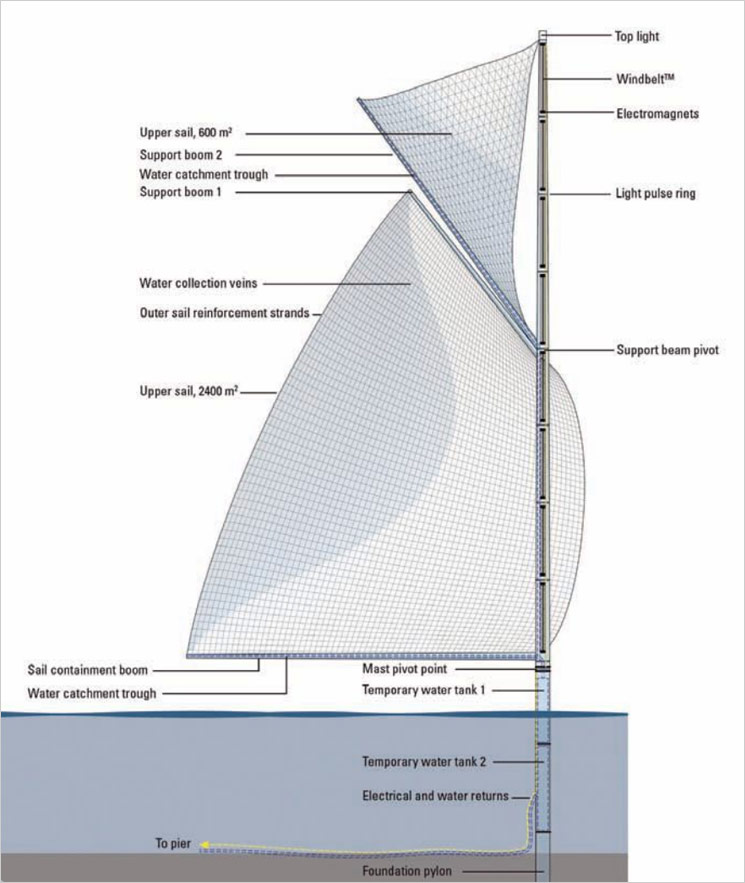 Regatta H2O repurposes this familiar maritime form as infrastructure, which harvests fog to create fresh water and harnesses the wind in order to power its operations. The sails of Regatta H2O are fog-harvesting meshes. Collection troughs are designed as veins within the sail surface, transporting harvested moisture to the mast where it can be piped to storage vessels at the Santa Monica Pier. When the moisture content of the air falls below a certain threshold, the sails are retracted to reveal the horizon line of the Pacific Ocean.

While water is harvested passively, some electrical power is need to operate the pumping and steering mechanisms, and deployment of the sails. This energy is extracted from the wind via a device known as a WindBelt™, which relies on an oscillating belt suspended between two electro-magnets. Each of the Regatta H2O masts contains eight such generating units along its length.

At night, light rings beneath each wind band pulsate with the intensity of power being generated. This also serves as a navigational safety device, alerting boats of their presence in the dark. Through an artistic and technological re-imagining of millenniums-old science, Regatta H2O shows that the union of the natural environment with the climatic benefits of sustainable energy and water infrastructure can have powerful and positive impacts on how we perceive cherished landscapes.