Solar Wars Part 2 This is the second part of a three-part series where I plan to discuss the current and upcoming battles of the “solar wars.” The three battles are net-metering, tariff reform, and grid defection. This is the tariff battle discussion. 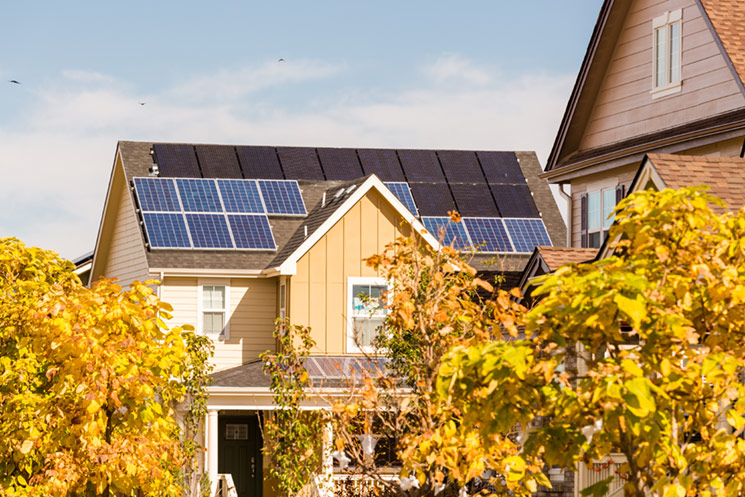 The solar wars are mainly between the existing monopoly electric utilities and the portion of the solar (PV) industry that is involved with behind-the-meter solar installations. Utilities are not against solar, as this new technology gives them another method to generate electricity, but what utilities dislike is their customers producing their own electricity by any means – such as solar, wind, on-site generators, etc. This is called load defection, as utility customers are not leaving the grid, just using much less energy from the grid.

The first battle was the net-metering battle, as discussed in part one of the solar wars trilogy in the last issue of SOLAR TODAY. In the net-metering battle, utilities are trying to lower the amount of money they credit their customers for sending electricity back to the grid. The tariff battle is more complex. Each state’s public utility commission works with the monopoly electric utilities and consumers to determine the “tariff.” The tariff can involve a complex structure that includes placing customers in certain pricing schedules. Here is a sample 119-page electric tariff description for the state of Colorado.

Most electric tariffs in the United States follow a formula. There are three basic types of customers: residential, commercial and industrial.

Residential customers pay a small monthly service fee of $5-$20 per month, and then pay for the electricity they use during that 30-day billing period. The unit of measure is in kilowatthours (kWh), the volumetric consumption of electricity.

In many states these residential customers pay summer and winter rates, with summer rates more expensive. Also, very common is tiered or blocked billing. As an example, your first 400 kwh’s may be billed at 9 cents, the next 600 kwh’s at 12 cents, and tier 3 would be all kWh’s over 1,000 and cost 15 cents. This tier structure was put in place to drive more energy efficiency and has been a great income generator for utilities. On average, residential customers pay about 13 cents per kwh in the United States.

Commercial and industrial customers typically pay a higher service fee, a low volumetric kwh rate, and a demand charge. The demand charge is the highest 15-minute average electricity draw (in kilowatts) for the 30-day billing period:
Both examples consume the same amount, but the right-hand example will have a demand charge 5 times higher than the left example.

This is power/demand, not consumption/usage. The reason for this charge is to incentivize commercial customers not to have spikes in power demand, as this can be hard for the utility to plan for. On average, commercial customers pay about 11 cents per kwh, but 50% of this amount can be the demand charge. So volumetrically, these customers may only be paying 5-6 cents per kwh, the rest being the monthly demand charge.

The tariff battle will focus on the demand charge and tiered billing. In California in 2015, the utilities changed the tiered billing structure on residential customers. They reduced the number of tiers from 4 to 2. The utilities did this since the very high tier 3 and tier 4 billing rates were incentivizing customers to go solar. These utilities were losing their highest margin customers to solar and now have changed the tariff to reduce the economic benefit of for customers installing solar.

Demand charges and fixed fees Over time, utilities have increased the demand charge as a percentage of commercial customer’s bills. More recently, Rocky Mountain Power, Utah’s monopoly electric utility, filed a major tariff change to stop solar and the residential demand charge. Demand charges are really nothing more than another service fee or facility charge that can’t be lowered significantly with energy efficiency or on-site solar.

Utilities also are simply trying to increase the base monthly service fee on solar customers. This was one of the approaches NV Energy has implemented. Both Rocky Mountain Power and NV Energy are run by Berkshire Hathaway, and they are obviously trying the same approach: a fixed facility charge that is not based on how much energy you consume. At the extreme level, if a utility just charged every customer $200 a month, with unlimited electric usage, there would be no incentive for solar or energy efficiency at all.

This type of fixed charge approach will lead to the final solar battle – Grid Defection. In this case, a customer would close their electric account and have the meter removed. We will discuss this battle in the third article on the solar wars.

In response to these tariff changes, the solar industry will respond with innovation and reduced costs. In my opinion, within a few years most residential solar installations will have storage, smart inverters and curtailment control. In this case, with no electricity being passed to the utilities’ equipment and grid, customers will not even need to notify their utility of their new solar system — or ask for “approval.”

Software innovation will also be needed. To see what this could look like, visit the website of a company called Stem, and see how they are using storage plus software to shave demand charges for commercial customers.

With these longer-term trends in mind, I see several companies as future innovators: Stem, Enphase Energy, Solar Edge Technologies, and Tesla.
Tesla may indeed be the biggest winner of these tariff battles. Tesla is focusing on the residential and small commercial space, is innovating in storage and inverter software/control, and has the market cap to leverage substantial research and development of these new intelligent solutions.

About the Author:
Bill Ellard is an energy economist and consultant, serving businesses, utilities, and municipalities and focusing on distributed generation implementation, solar energy, demand response, demand side management, microgrid development, facility energy management, and renewable energy integration. He can be reached at bellard@yahoo.com.