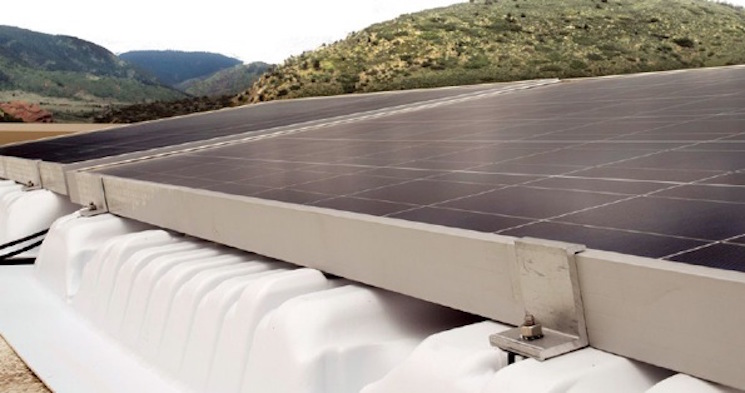 “This expansion of our renewable portfolio in Colorado is yet another example of how Xcel Energy brings solar power to its customers in the right way,” said David Eves, president and CEO of Public Service Co. of Colorado, an Xcel Energy company.

“We are adding large scale solar that competes with and surpasses other forms of generation alternatives, in terms of price, over the life of the project. This benefits all of our customers – both environmentally and economically.”
Construction of the solar power plant is contingent on the project securing all required permits, interconnection rights and financing. SunPower expects to start construction in 2015, and to achieve full commercial operation by the end of 2016. An estimated 100 jobs will be created at peak construction.

“We congratulate Xcel Energy for providing leadership in the promotion of large scale solar power development, and for demonstrating how renewable technologies are part of the solution to ensure the health of our economy and our environment,” said Howard Wenger, SunPower president, regions. “SunPower’s high-efficiency solar PV technology is competitively-priced for power plant applications, fast to install, and reliably delivers clean power, particularly during peak demand hours.”

At the 320-acre site, SunPower will design and build a SunPower® Oasis® Power Plant system. Oasis is a fully integrated, modular solar power block that is engineered to rapidly and cost-effectively deploy utility-scale solar projects while optimizing land use.

According to estimates provided by the U.S. Environmental Protection Agency, the completed plant will offset the annual production of almost 127,000 tons of carbon dioxide emissions, which is the equivalent of removing approximately 483,000 cars from Colorado’s roads over the next 20 years.

SunPower constructed two solar power plants in the San Luis Valley that currently generate power for Xcel Energy’s Colorado customers. The 19-megawatt Greater Sandhill plant has been operating since 2010, and the 30-megawatt San Luis Valley Solar Ranch began delivering energy in 2011. By the end of 2016, when the project announced today is complete, it is expected that the three plants combined will generate enough solar power to serve approximately 26,500 Colorado homes, roughly equivalent to powering the entire city of Littleton, Colorado.

The capacity of power plants in this release is described in approximate megawatts on an alternating current (ac) basis.

About Xcel Energy
Xcel Energy (NYSE: XEL) is a major U.S. electricity and natural gas company that provides a comprehensive portfolio of energy-related products and services to 3.5 million electricity customers and 1.9 million natural gas customers through its regulated operating companies in eight Western and Midwestern states. Company headquarters are located in Minneapolis.
More information is available at www.xcelenergy.com.