We Need Stronger Fuel Economy Standards, Not Weaker Ones 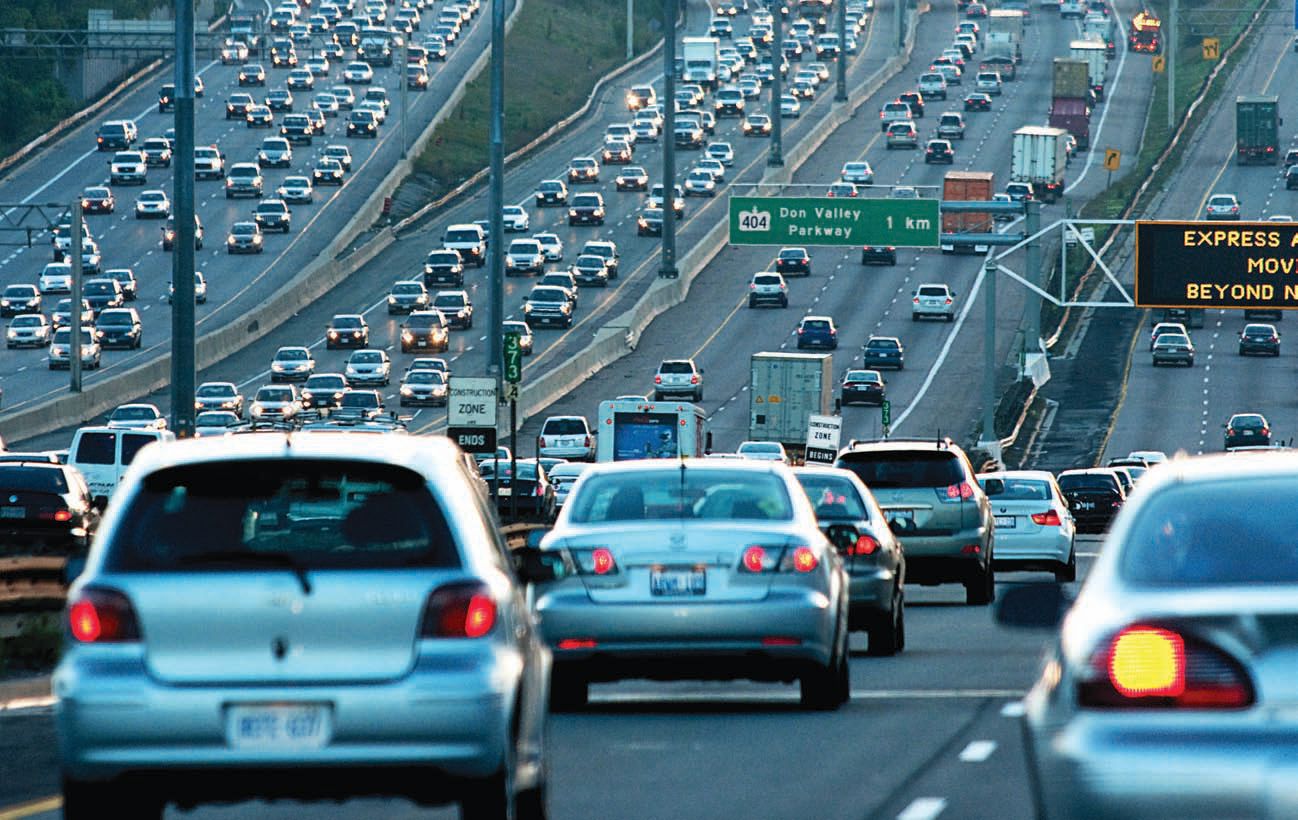 Toyota and Mazda announced they will jointly build a $1.6 billion assembly plant for EVs in the US, and Volvo and Jaguar Land Rover will sell only hybrid and electric cars after 2020. © Mario Beauregard.

Now that the power sector is making strong gains on reducing emissions, transportation is the greatest source of climate pollution – accounting for a third of US greenhouse gases.

How do we reel in pollution from millions of cars and trucks? The easiest way that’s a win-win is to make cars and trucks more efficient, so they use less gas. In exchange for being bailed out of bankruptcy by the Obama Administration, automakers – after decades of blocking progress – agreed to produce much more efficient vehicles; 35 miles per gallon (mpg) by 2016 and 54 mpg by 2025. But now, they want the Trump Administration to relieve them those “expensive, hard to meet targets” and the heavy toll of “burdensome regulations.”

This is exactly why we need regulations. The private sector will not act on its own. All Americans benefit from vastly more efficient cars, trucks and buses – driving a car that gets 54 mpg is a huge step forward from the 24 mpg cars were stuck at for decades.

Individuals and businesses really like going further on a tank of gas. Americans have already saved $35 billion on gas, while avoiding consumption of 270 million barrels of oil, cutting cancer-causing pollution and greenhouse gas emissions, all since 2011. The trucking industry actually ASKED for standards – turns out, getting 6 mpg isn’t great for trucking companies!

Fuel economy standards were the single biggest energy efficiency policy of the Obama administration and automakers successfully met the first milestone in 2016 – fleet-wide averages of 35.5 mpg.

Reaching 54 mpg requires innovation and selling lots of hybrids and plug-ins, but right now automakers are mostly selling very profitable gas-guzzling SUVs and pickup trucks. Besides, electric car sales are slow, they opine. Have you ever seen an ad for plug-in or electric cars? The answer is No or Rarely. Have you seen ads for SUVs? Yes, Constantly.

Research on national TV ads confirms this, and there’s also a dearth of electric vehicles (EVs) at dealerships. They either don’t stock them or have a few hidden in the back. Forget a test drive! Salespeople aren’t trained on their benefits and often aren’t aware of state and federal tax credits and rebates. Another survey finds that 60% of Americans don’t even know that plug-ins exist and that 80% have never been in an EV.

In Fact, 2025 Standards Could Be Stronger

In the waning days of the Obama Administration, the EPA released a comprehensive analysis of the 2025 standards as pressure mounted from the auto industry.

The 1,200-page report concludes auto manufacturers can meet 2025 standards both in terms of cost and technical achievement. Technologies such as advanced, lightweight materials are developing more quickly and at even lower costs than EPA projected. Cars purchased in 2025 would save $3,200-$5,700 in gas over their lifetime and avoid pollution equal to that produced by 150 power plants for a year.

Even more ludicrous is that many car models are already close to meeting the target. The Honda Civic, for example, already meets 2023 standards. And for decades, manufacturers have been producing more efficient vehicles in Europe and less efficient ones in the US, all the while claiming they couldn’t do any better.

Then there’s the issue of industry competitiveness. Canada, the EU, China, India, South Korea and other countries all have similar, if not stronger standards.

China stands ready to take up the slack, investing heavily to lead the world on electric vehicle manufacturing. California Governor Jerry Brown told BBC Radio, “The Chinese have taken over the world in wind turbine production, and photovoltaic. They’re going to take over the American car industry – and the people in Detroit are half asleep.”

Beginning the Rollback Process even after the Obama Administration’s careful evaluation, the Trump Administration EPA is doing another analysis, due April 2018.

Clearly, the goal is to overturn the regulations, but under US law, it can’t be done overnight. Any changes must be substantiated and the same series of hearings and public input that fostered the rules in the first place must also occur before they can be unraveled.

US automakers are known for “sky is falling” howls. They protested requirements for seat belts, air bags, catalytic converters and then low emission vehicles, claiming they would kill the industry. Lee Iacocca famously argued against the 1970 Clean Air Act because it “could prevent continued production of automobiles…threatening the entire American economy.”

While automakers want the rules relaxed to save money, the oil industry wants people to continue using as much gas as possible.

So far, 10 states charge special fees of $50-$300 per driver per year for hybrid and plug-in vehicles, and eight more states are considering the tax, thanks to ALEC and one of its biggest funders, the Koch Brothers.

Georgia, for example, replaced a $5,000 tax credit for EVs with a $200 annual fee. No surprise: EV sales plunged 80% after being the second-largest market in the US. Only 16 of the 25 states that offered financial incentives for EVs still have them.

There’s reason for big oil to be scared. Even while they fight the rules, automakers are accelerating work on electric vehicles. Toyota and Mazda announced they will jointly build a $1.6 billion assembly plant for EVs in the US, and Volvo and Jaguar Land Rover will sell only hybrid and electric cars after 2020. The UK, Scotland, France and Norway have all set deadlines for the end of gas and diesel cars.

Clearly, the US should be encouraging EV adoption, but these days little makes sense.

Rona Fried, Ph.D., is President of Sustainable Business.com, a thought leader on green business known for its daily news and Green Dream Jobs service since 1996.